Inviting Outside Speakers to Writing Courses 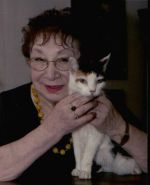 Students in English 101, an introductory English course at MC, are required to write at least four essays: a Narrative, Compare and Contrast, Cause and Effect and a Research Essay.  My students besides taking a full load also work. EN101 is a required course; students do not necessarily come inspired to learn English writing and rhetoric especially in a Friday late afternoon, 160 minute class. Consequently students, many of whom are not native speakers, need a variety of teaching strategies to keep them engaged.

The strategies I have used often included ten minutes of free-writing, critical readings, awareness of outside audience attitudes, peer group review of essays, reporting possible improvements on peer writing (names removed) revisions, and voluntary verbal and board presentation of work to the class. We also view film documentaries relevant to the goals of the class, critique bias in films, and I have invited several outside speakers.

My purpose in inviting speakers was to provide the class with eye-witnesses accounts of major world events or with experts to increase exposure to a wide range of topics, to hone skills in listening, encourage feedback, ask questions, critique, observe bias, encourage independent thinking, develop research and writing skills besides formatting techniques used to thank our speakers. (One student wrote me a thank you letter for an enjoyable semester.)  These skills were all required both in written form and or in class discussion. After all speakers were heard, questions asked and answered, I asked students to free-write their reaction to speakers, engage in class discussion and practice critiquing skills. Over the semester, in-class and assigned writing at home with revisions achieved a marked improvement in student writing.  Speakers added another strategy to student writing. How were speakers selected?

I did not randomly select speakers, but selected them on the basis of four criteria. First, the speaker before the Narrative Essay had to have been an eye-witness to a major event that would be a good basis for a narrative.  Second, the speaker needed to frame his or her talk toward requirements of the upcoming essay. Each speaker was given the same written outline given students as a guide. Speakers always came to class prepared to follow the outline given them. Speakers thus provided a training ground for students’ essays of their own choice.  Third, speakers had to have experience in public speaking and fourth, speakers were asked to bring documents and graphics and or statistical or research material related to their talk. This last request was used to acquaint students with documentation and research methods.

For the Narrative Essay, I invited Ness Godin, honorary MC Degree recipient. Ms. Godin is a Holocaust survivor, whose eye-witness experience fitted in well with requirements for the Narrative Essay. Also, since Holocaust survivors are mostly in their eighties, it is important to hear their eye-witness testimony before they disappear.  Ms. Godin is an internationally acclaimed survivor who speaks world-wide for the  and who has been invited to speak at the United Nations.  She vividly narrated her Holocaust experience: character, tension with change from normal to Nazi concentration camp day-to-day survival, a death march, and the encouragement of other women survivors. Her final message: “Do not stand by apathetically when any group of people is targeted for genocide. Help victims.”  Students in free-write wrote that they were “touched” “impressed” “horrified” “amazed,” “honored” and “privileged” to hear her speak.  They had heard and read about the Holocaust in high school but had never seen nor heard a live Holocaust speaker: a “totally different experience.”  “I will from now on aid others I see attacked like those in , as Ms. Godin asked us to do.” Ms. Godin also showed photographs of herself as a child, and of her murdered family, photos acquired from distant relatives long after the war.  Students went up to Ms. Godin after her talk, and hugged her. After this inspiring speaker students wrote feedback on Ms. Godin’s speech and then they began drafting their own Narrative essay.  Students learned a new social and writing skill as they were required to write thank-you letters to each speaker.  Many had never heard of a thank-you letter!  Speakers loved receiving these student letters.

Our second essay was Compare and Contrast. Since we had studied and heard a renowned speaker on the Holocaust, I showed a documentary on , and we compared and contrasted the Holocaust with . I was able to find a speaker on , Ms. Alice Stephens, who is writing a historical novel, and who has lived in and taught English in . Since we had compared and contrasted the Holocaust with , Ms. Stephens further broadened our horizons by addressing the class on the cause and effect of bombing . Her research included surprising information on prejudice against  victims or their descendants.  Residents fear that the offspring or grandchildren of such victims might be born with physical disabilities due to their forebears’ exposure to radiation. Here, we looked back on our comparison of the Holocaust with the bombings of . Population- and long-term-wise, the global Jewish population has decreased, while that of  has increased and become normal. The physical and emotional effects of the Holocaust have affected second generation, i.e. the children of Holocaust survivors. No findings were presented on the emotional effect, if any, of second generation  victims.

These topics and their presenters, according to student written feedback, have deeply enriched student experience in thinking and writing essays. The ethical implications surrounding each of the topics prepare EN101 students for the next class EN102: Argument.
For a more concrete and modern researched topic in preparation for the Cause and Effect essay, I chose a speaker skilled and experienced in medicine. Here, there is much research and statistical information.  I asked Dr. John Melmed to speak to the class on the cause and effect of any illness or condition of his choice. I gave Dr. Melmed the outline of our Cause and Effect essay and asked him to also provide the class with handouts that included graphics and statistics.  Dr. Melmed chose to speak on and provided handouts including statistics on the causes and effects of osteoporosis and of teenage abortion. These two topics engaged the students in current conditions that also concern them personally. It appears that osteoporosis can begin at a very young age, and most teenagers or young students like ours are aware of the risks of pregnancy and abortion.  They were less aware of the dangers of birth control pills that Dr. Melmed documented with figures and charts. The class enjoyed Dr. Melmed’s talk, asked him many questions and also wrote him a thank-you letter.

Research methods were introduced with the Compare and Contrast Essay so that students learned early to include MLA documentation, statistics, graphics and a bibliography.

Having several speakers during a semester greatly widens student exposure to independent thinking. Writing about their experience with each speaker immediately after hearing the speaker hones student thinking and critique writing skills. Revision of all submitted written work improves basic writing skills.  Using all of these strategies for a practice essay prior to the student’s own essay provides students with the opportunity to practice a dry- run before writing their own drafted and final essays.

Writing a final essay causes many students stress. A warm-up with a speaker, a written critique and class discussion helps students tackle each new essay with less tension, more insight, enthusiasm and expertise.  These varied strategies also provide material for students’ Reflective Essay at the end of the semester.

In listening to other speakers, students also felt encouraged to present the class with their own drafts and final essays, and to engage class response to their essays. These experiences will stand them in good stead in their future working and social lives.

dglloyd
David has over 30 years of teaching experience in EFL (English as a Foreign Language) and working with computers in education. Considered a trailblazer in the use of the Internet in education, he has trained students and teachers in different parts of the world on how to set up interactive project-based websites for educational purposes. In 1996, before the Internet became a househld name and Social Networks were still a future phenomenon, he founded the ETNI network – a virtual network of mutual assistance for teaching English as a Foreign (EFL). David has written two novels: – When Winter Wind Wears Desert Boots – As I Died Laughing with a third novel on the way and writes two blogs: – Why I may still be Canadian (from 2010) - One Grumpy Old Man (from 2020)